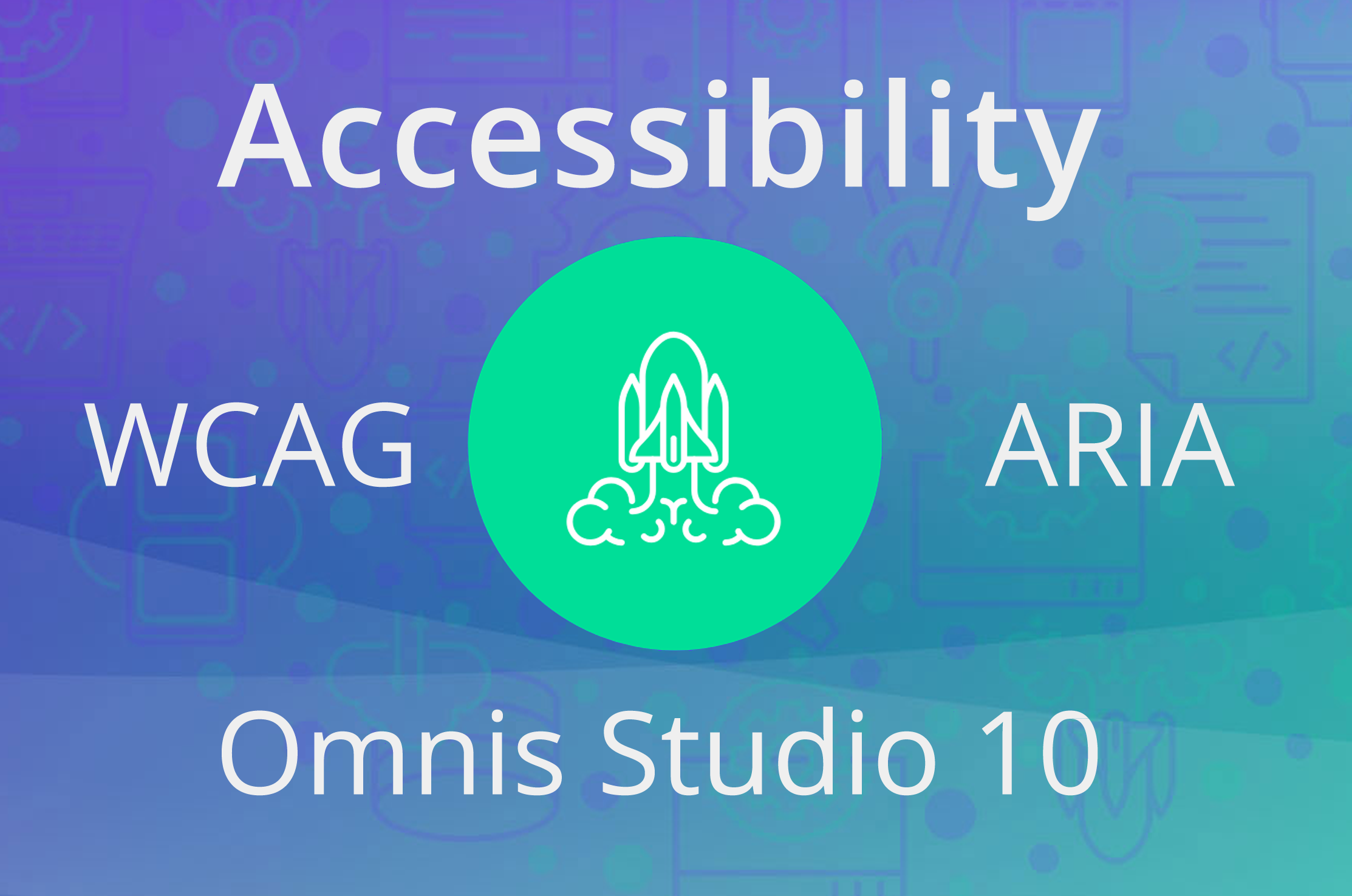 The new Omnis Studio 10 supports a number of UI features to help to make your applications more accessible, primarily for people with disabilities. The WCAG 2.0 guidelines (Web Content Accessibility Guidelines) are an international recommendation for the barrier-free design of web applications, which are binding for authorities in the European Union from September 2019 onwards. Similar requirements apply in many other countries including the US, Canada and Australia.
The WCAG implementation in Omnis Studio 10 calls on the ARIA specification, which according to W3.org is “Accessible Rich Internet Applications (ARIA) defines a way to make Web content and Web applications more accessible to people with disabilities. It especially helps with dynamic content and advanced user interface controls developed with [various web technologies],” which includes technologies such as the JavaScript Client in Omnis Studio.
In practice, this means we have added various ARIA compliant properties to the controls for JavaScript remote forms which you can use in your web and mobile apps to support end users with disabilities. These properties will be read automatically when the screen reader capabilities are enabled in the end user’s browser or mobile device.

Several of the JavaScript controls have the following ARIA properties, while some other controls have additional properties (listed below). These properties are designed to work in a similar way as their equivalent ARIA attributes in HTML, including: $arialabel the text for the aria label, which is used when a text label is not visible on the form; $arialabelledby the name of a control to act as a label for this control; and $ariadescribedby the name of a control used to describe this control, similar to $arialabelledby, but could be used to provide more information or a longer description about the control.
So-called “Landmark Roles” in standard accessibility guidelines are also implemented for Page Panes, and allow you to identify different areas of a form to allow screen readers to describe the structure of the page to end users.
As well as the ARIA properties, the behavior when using various keys to navigate a remote form, or inside more complex controls, has been improved. For example, the behavior when tabbing from one control to another has been improved, plus the behavior has been improved for the Enter and Arrow keys, and the Spacebar, which can be used to select options or items in dropdown menus for example.