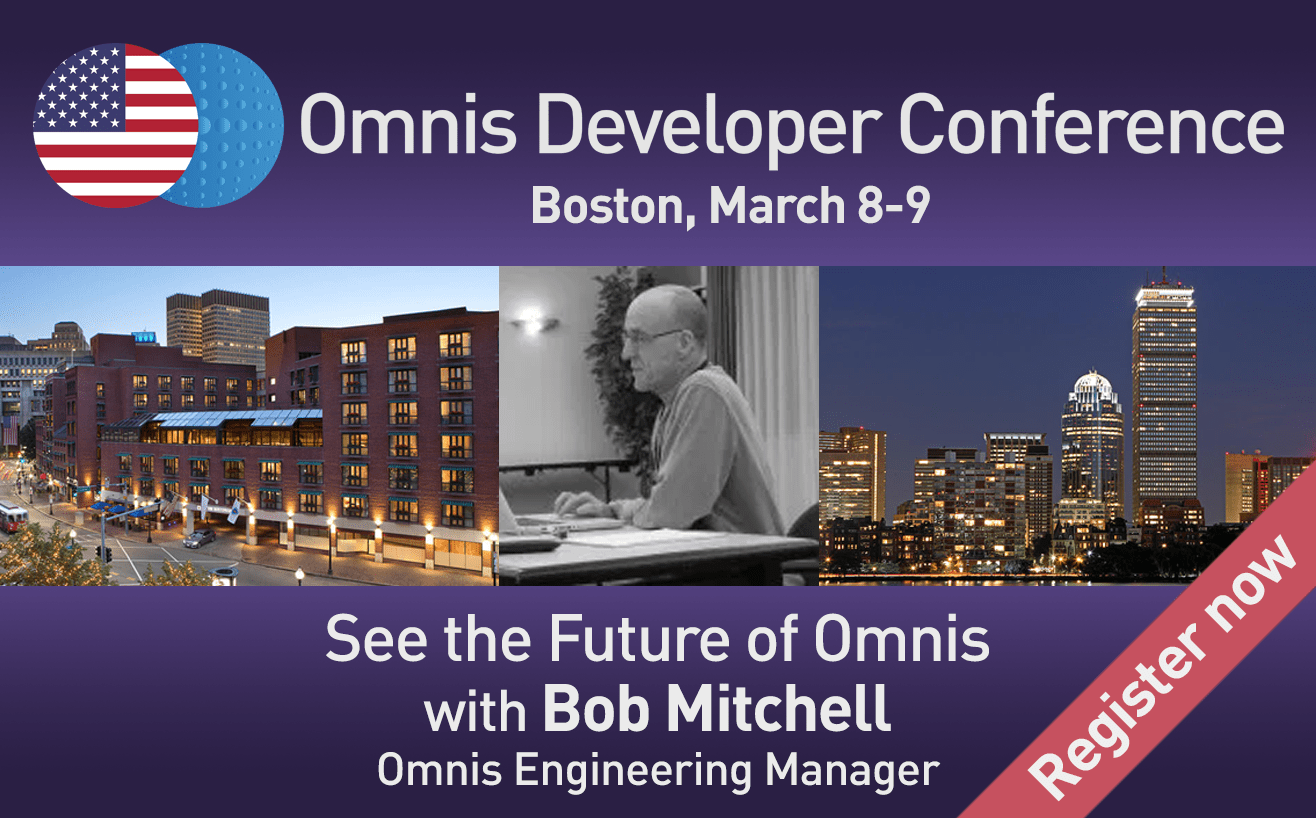 After the purchase of the Omnis Studio business in October 2016, the new management pledged a greater commitment to customers in North America. Soon after the purchase, in December 2016, we held meetings in San Francisco and Boston in which David Lewis, one of the new directors of the company, was able to meet with customers to put forward our plans for the business going forward.
We are delighted to announce that we are holding a Two-day conference in Boston MA, for Omnis developers, partners, and anyone evaluating Omnis, to further show our commitment to North America. Attendees will be able to meet key members of the Omnis technical and sales teams, including Andrea Querci, a director of OLS Holdings (owner of the Omnis business) and President of SoftPI, Omnis distributor in Italy, Spain & South America, who will fly in from Italy specially to meet Omnis developers and customers.
The conference will be held March 8 – 9, 2018, at The Bostonian Boston hotel, located a short walk from popular historic landmarks in Boston and a 10 minute drive from the Boston Logan International airport. Over the coming days and weeks, we will be announcing different features of the conference agenda, but one highlight already confirmed will be the attendance of Bob Mitchell, Omnis Engineering manager, who will present the Omnis product roadmap.
The next major release of Omnis is anticipated to be version 8.2, and we already have a number of features lined up for this release, including Remote Objects, an embedded JavaScript Editor, Accessibility support, and for Omnis data file users a new DAM to migrate to SQLite. Bob will expand on all these exciting new features, while looking further ahead, he will provide an insight into some of the features slated for a Studio 9 release – but you’ll have to attend the conference to hear about those?

For further information about the conference, and to register, go to:
www.omnis.net/news/conference_us.jsp
There is an Early bird rate of $99 per attendee until the end of January, after which the price will rise, so register today!