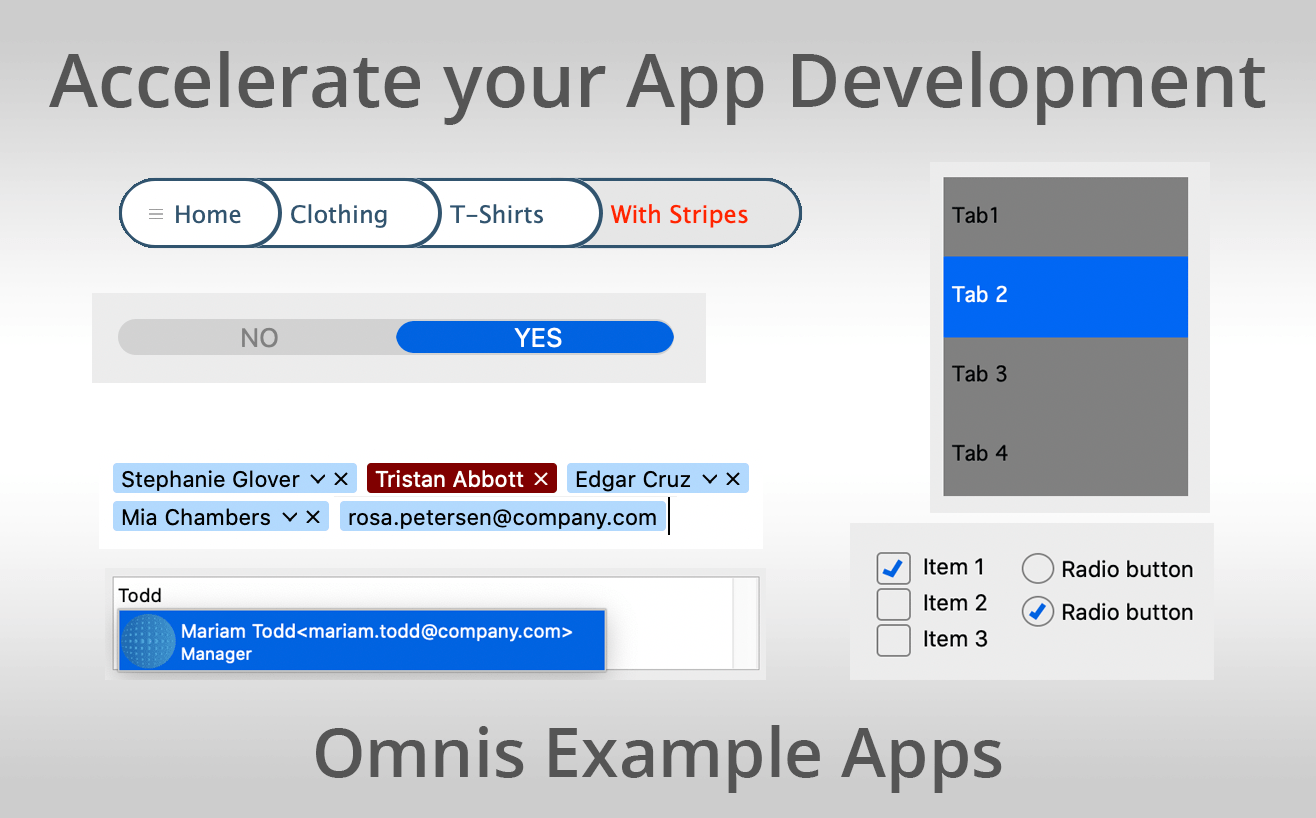 There are many example applications available in Omnis Studio, in the Hub in the Studio Browser, and online in our GitHub repository, which show you how to use Omnis components and code, to help you create your web and mobile applications quicker and more easily. There are also many JS client example apps on the JS Component Gallery page on our website (see links at the end of this article for all these resources).

In the recent release of Omnis Studio 10.2 (Nov 10, 2020) we added several new example apps, and enhanced many others in the Studio Hub, which is opened when you first start Omnis Studio, and some that did not make it to the first cut of 10.2 have been placed on our GitHub (but coming in a patch soon). The examples cover a very wide range of topics including JS client, SQL, Externals, Reports, object orientation, and there’s a General category, all highlighting some great new enhancements in Studio 10.2. We added new examples to the following categories:

Where do I find Omnis example apps?

All the new example apps (libraries), including Token Entry (and the ones currently on GitHub) are found in the Studio Browser Hub under the Samples option, which should be shown when you first start Omnis; if this is not shown or is hidden just press F2. 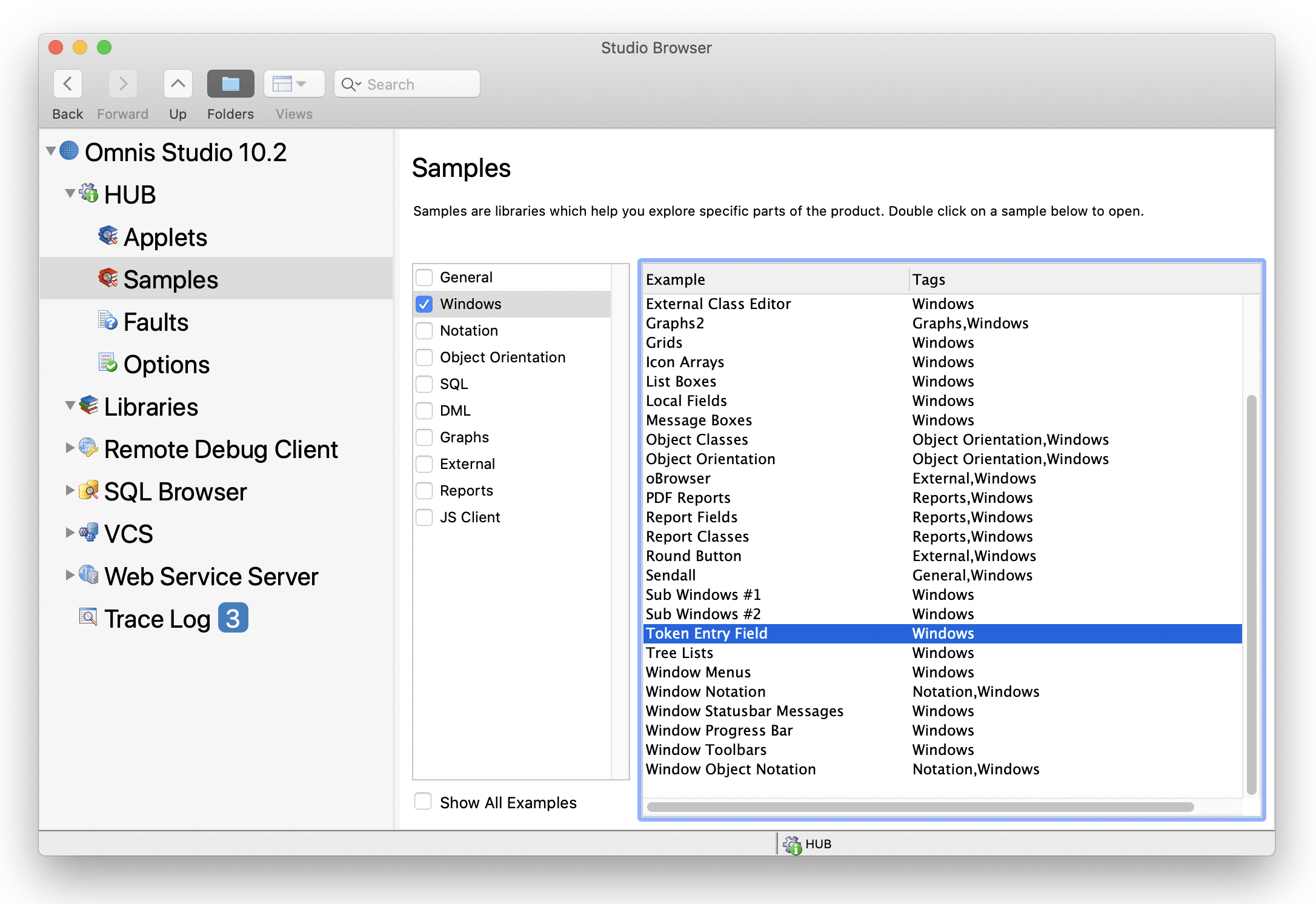 There are over 100 components and code samples on the Omnis GitHub repo at: github.com/OmnisStudio including all the new Window Component ones, as well as many JS client example libraries.

The Omnis JS Component Gallery on the Omnis website has a wealth of example apps showing all aspects of using the JS client and JS controls, including many new or updated ones for Studio 10.2. The JS gallery is here: bit.ly/OmnisJSGallery

We urge you to check out all the example apps available for Studio 10.2 and to examine the code behind the forms and controls and reuse any code or ready-built components that you can; this can greatly accelerate your own projects and speed up your ‘time to market’ with your Omnis solutions.