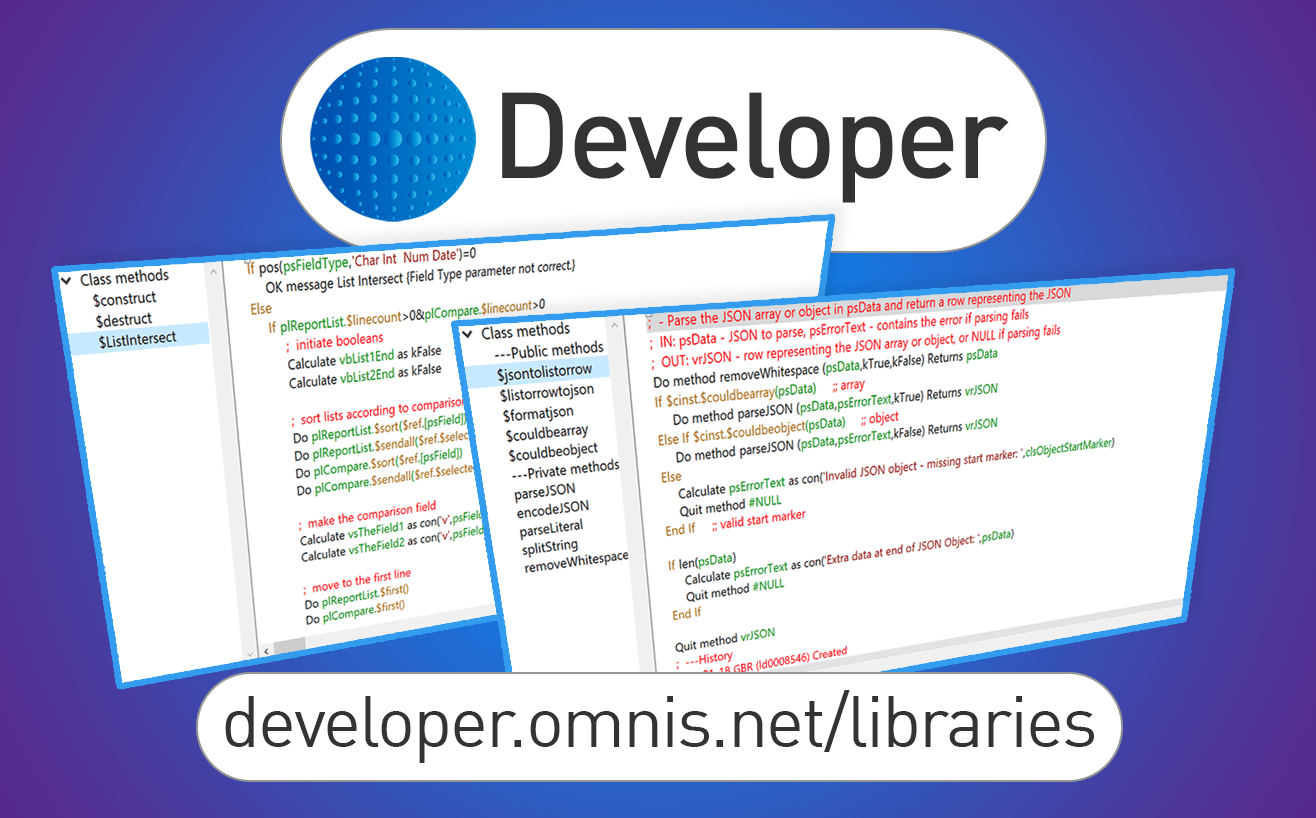 With the release of Omnis Studio 8.1 you can now export/import Omnis libraries in JSON format which means you can manage and share your Omnis libraries in a third-party VCS repository, such as GIT or SVN. With this in mind we created a repo on Github and started to upload libraries and tools to assist Omnis developers, and we’re happy to report there are over 100 libraries on there now, including various JavaScript components, a Weather app to demo RESTful web services, and a Serverless-Client mobile app with local database, GPS and camera support.

We’re delighted to report 2 new libraries, provided by Omnis developers Paul Mulroney and Graeme Reid, that are available on their respective Github repos.

These new libraries, along with several others, are listed on the Omnis Developer portal at:
developer.omnis.net/libraries

Further open source libraries and resources and listed on the Omnis Developer portal, including many Omnis developer Github repos, at:
developer.omnis.net/opensource
Here you will find a link to our Github repo, as well as the omnis.ci project, which is a collaborative project created by Omnis developers Alex Clay and Henk Noppe, that includes advice about exporting libraries in JSON format and using Github for managing your Omnis projects.