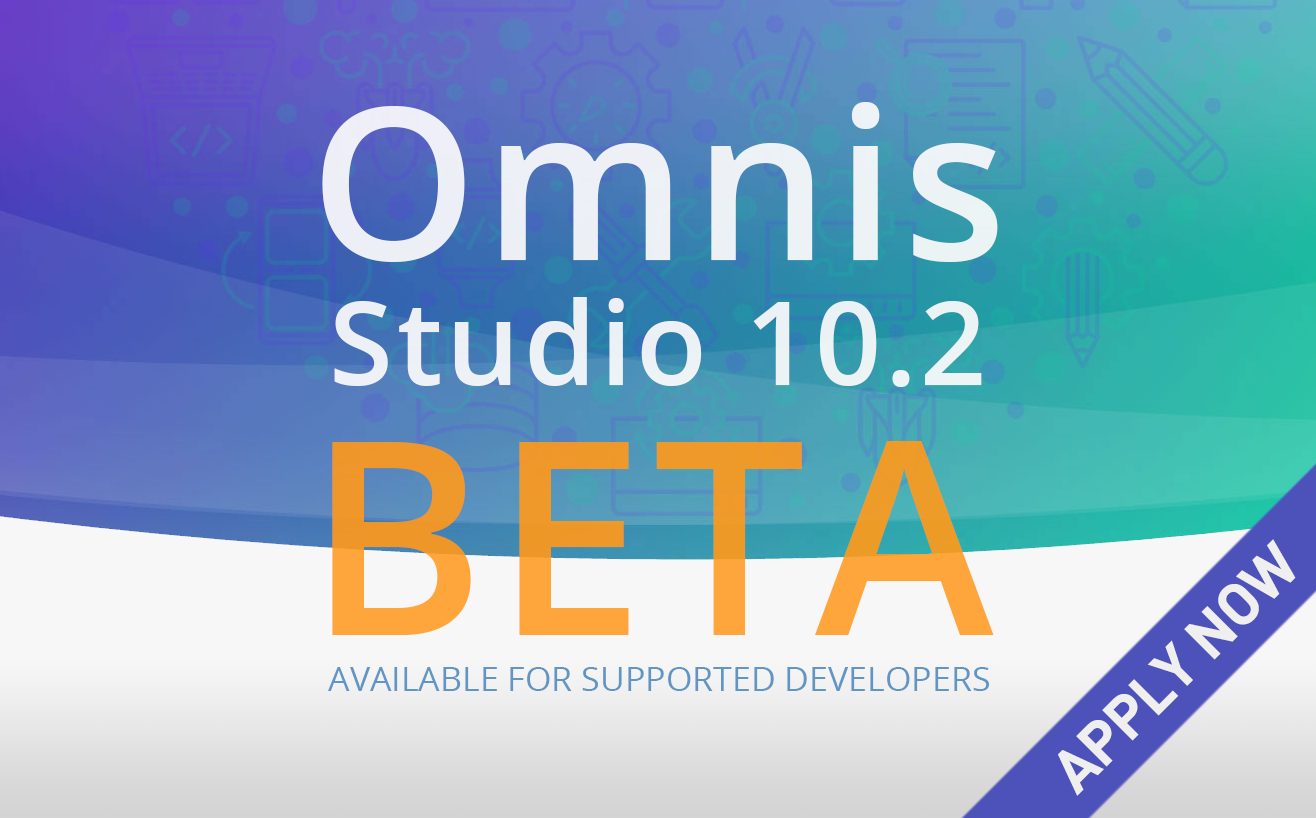 The next major release of Omnis Studio will be Version 10.2, and it is currently in its first BETA phase, with many Omnis developers already looking at it and testing out its great new features. If you are on the Omnis Developer Partner Program (ODPP) you can apply to try out the BETA of Omnis Studio 10.2, which allows you to see what features are coming up, and help us create tools that meet your biggest challenges.

To give you a flavor of what you’ll be able to test if you join the BETA program, here is a quick summary of the main features in Studio 10.2 BETA*:-

In the near future we are planning a second BETA with several more enhancements, that we anticipate will be included in the final release. If you would like to try the new BETA2, but missed out on the first one, then please apply to join the program. We expect the second BETA* to include the following enhancements:-

*We anticipate the features described here and in the BETA documentation will be in the final release software, but we cannot guarantee their inclusion or their exact implementation, and when you apply to test the BETA you must agree to the BETA test license.