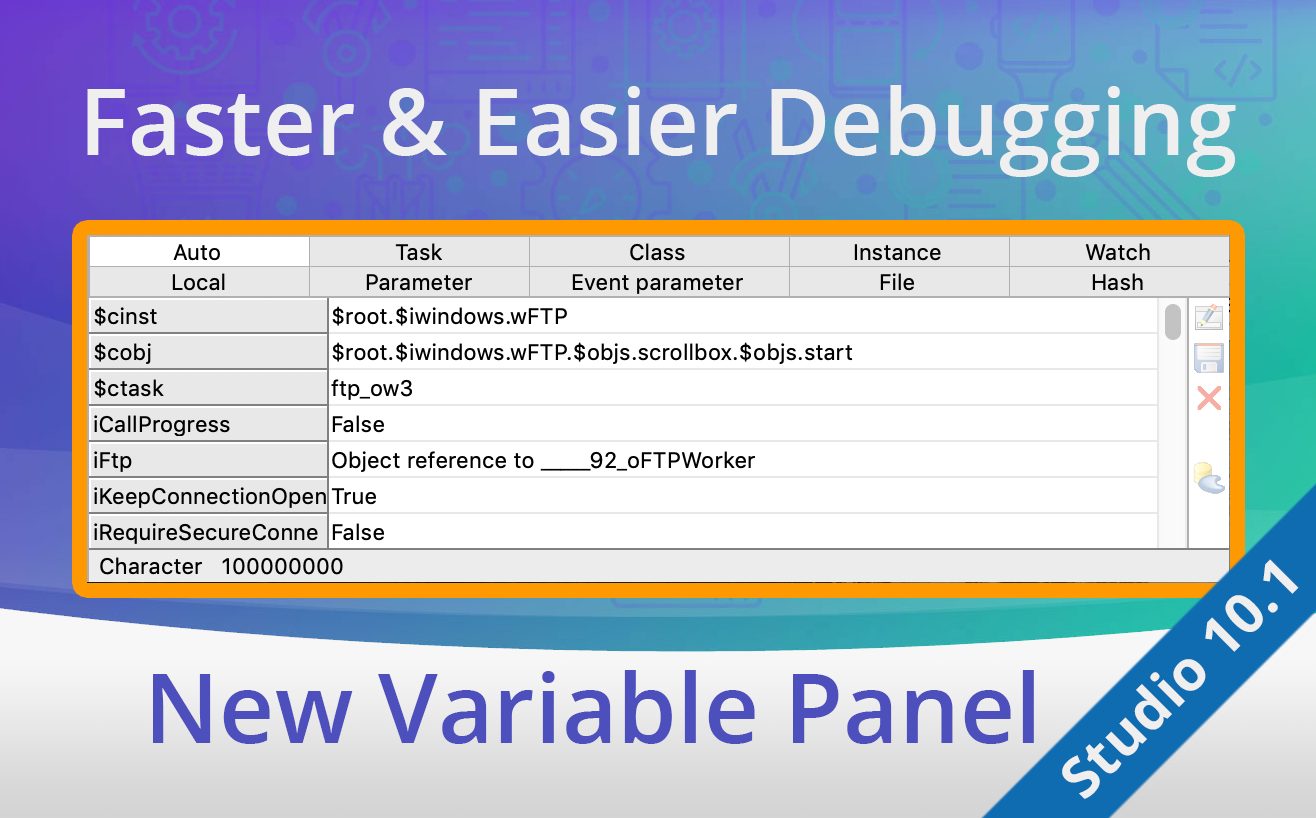 Developers have always rated the Omnis Debugger as one of the biggest strengths of Omnis Studio. After we added Remote Debugging in Studio 10.0, we didn’t want to rest on our laurels so we added the Variable Panel in the latest Studio 10.1 release to make debugging in Omnis even easier and faster.

The variable panel is displayed in the bottom right area of the Method editor window and allows you to view and modify variables while you debug and step through your Omnis code. It is populated as code execution is paused, such as at a breakpoint. After you resume execution, it remains populated (but disabled) for a short time, until either execution pauses again (when it updates) or execution does not pause soon enough (in this case it clears). 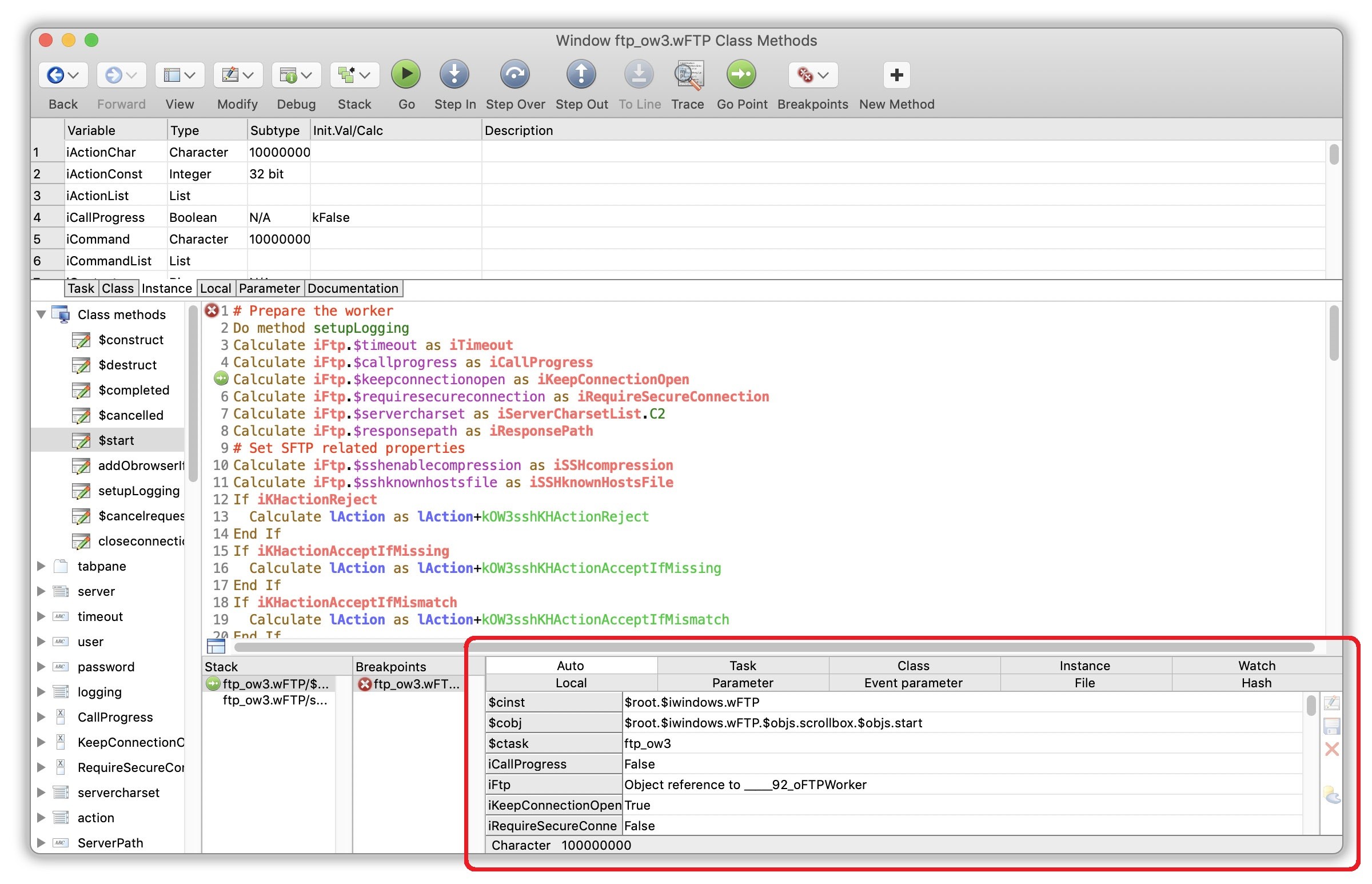 The variable panel has a number of buttons that allow you to drill down into the data, showing Task, Instance, and Local variables, for example. Each time the debugger pauses execution, it refreshes each level of the hierarchy until it reaches a level which is no longer valid. The panel displays variables in a grid using either the row or list representation of the grid as appropriate – you can use the arrow keys or tab/shift-tab to move around the grid. The grid display for a variable or list cell shows a text representation of the value. This may be either its value, or it may be some other representation, e.g. the number of lines in a list, or an object instance name.

A Snapshot of your data

When you first pause execution, the debug window displays the top-level variable panel, with Auto selected by default. The Auto tab shows variables identified from the line before the current executing line (if there is one), the current line, and up to 2 lines after the current line — this gives you a very useful snapshot of the data in your live code.

The new release is available to all supported developers (on the ODPP), or if you would like to try out all the new features, you can download it today and register for a free 90-day trial:
https://www.omnis.net/developers/free-trial/