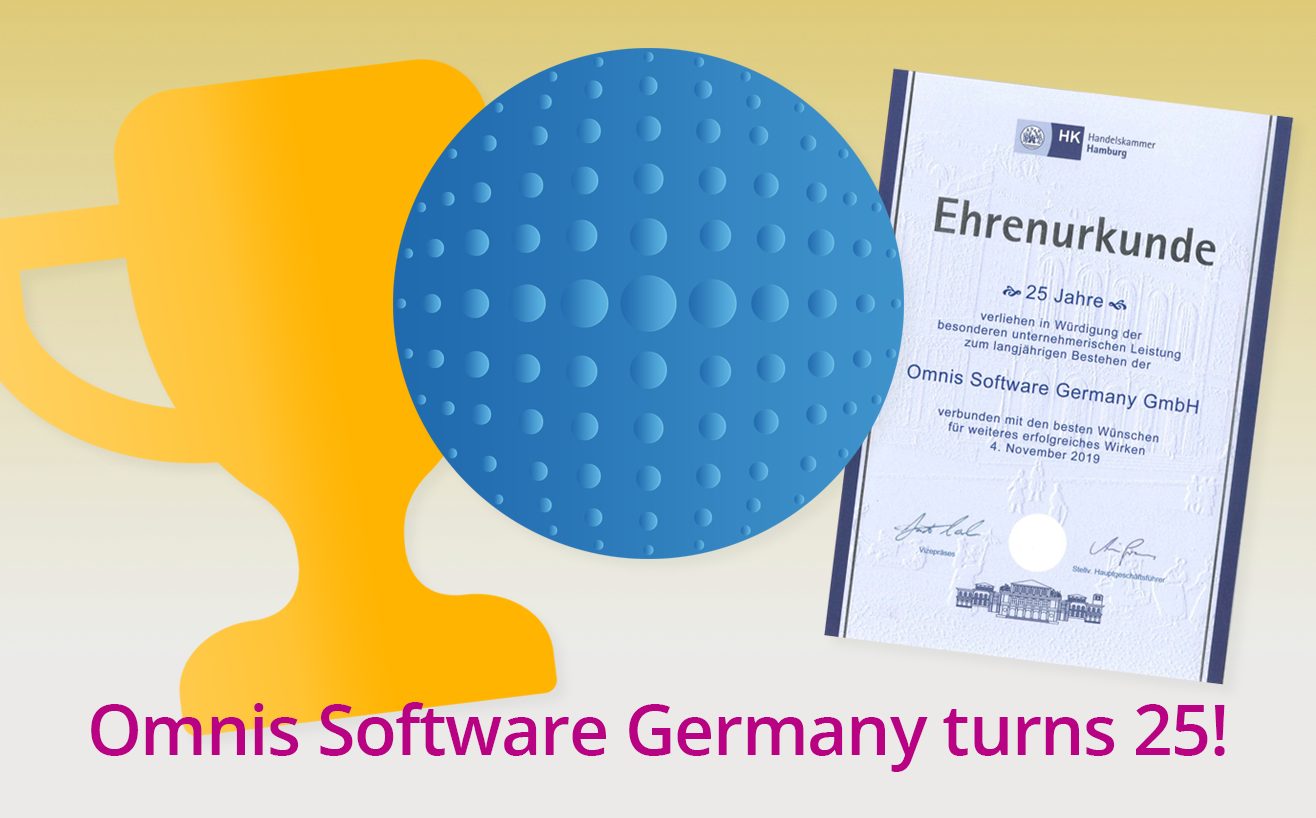 In November 1994, the German Omnis subsidiary of the company was founded, which initially took care of German customers, then Austrian & Swiss customers were added, and, since 2000, all Omnis developers in the Benelux countries and Scandinavia.

With our 25th birthday, we thought we would look back over those years. From the beginning our most important goal was to support our customers, and treat all enterprises and independent developers alike. It was and still is important to us to help our customers develop attractive, user-friendly applications, based on the latest technology, as quickly and with as few resources as possible – and to sell those apps successfully or use them internally and to maintain them reliably.

In addition, we have always sought to provide the highest quality and personal support to our customers, instead of an anonymous helpline with annoying queues. A particularly important component is the Omnis Developer Partner Program (ODPP), which we have continuously expanded over the past 20 years to offer all developers the best possible service tailored to their needs. Other important elements are our Omnis Training courses, especially the free Omnis Academy, and the dynamic support and advice provided by our consultants.

25 years is a long time, especially in the rapidly evolving software business, and we experienced a lot. Just to name a few:

So we have lived through many good times, but also some difficult times, but we believe we have much cause for celebration! In this sense, we are really proud of what we have achieved. And we all know that when you turn 25 – the best is still ahead of you!

By the way, the picture caption could be called „When we were young“… We hope you will be able to recognise us. And to be honest, it was taken in the very early 2000s and is not even fully 25 years old!