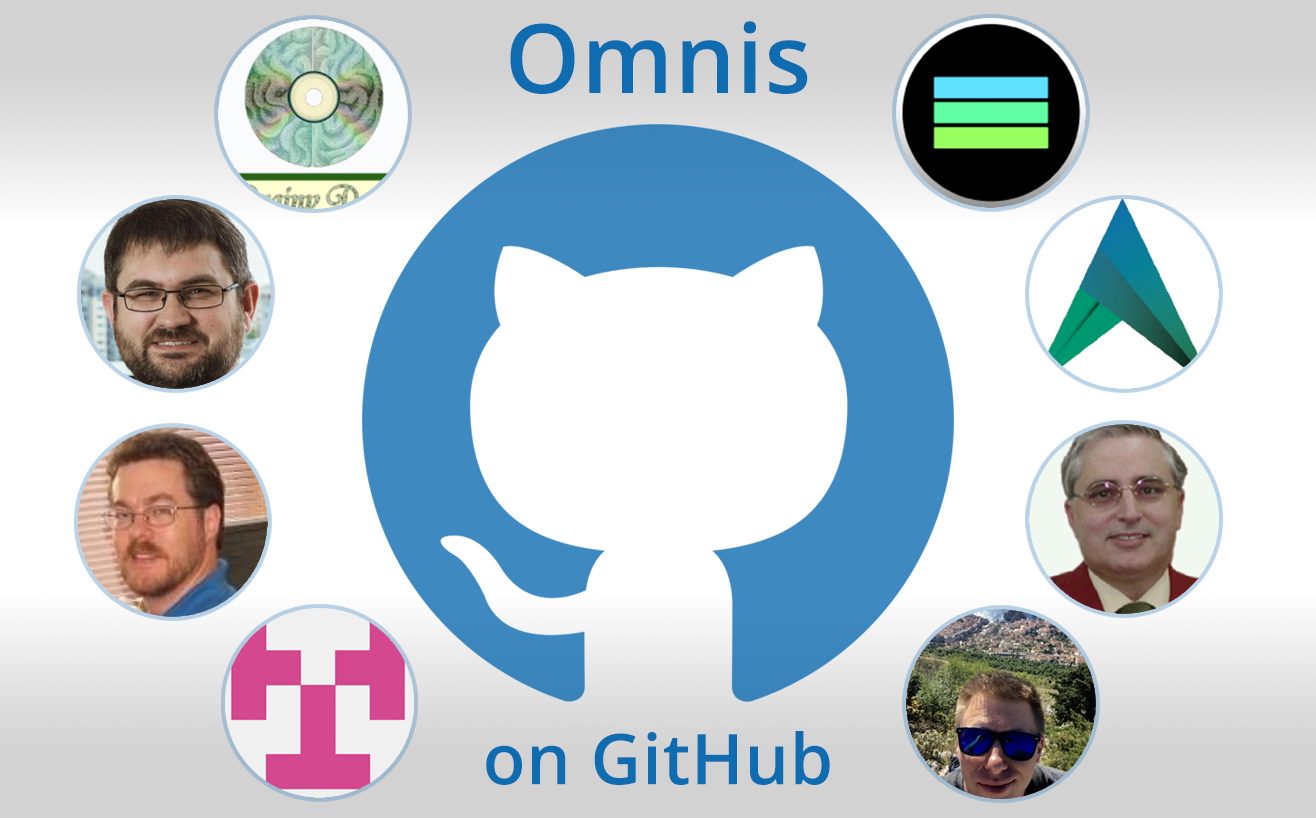 Omnis Studio has many powerful features to allow you to build web and mobile applications, quickly and easily, but you can also integrate your own components, or ones obtained from third-party developers, to further extend the capabilities of Omnis and add functionality to your applications.

Omnis Software provides some external components built into the development environment, but it’s easy to add your own – these additional components can be written in C++ and loaded into the Component Store, or they can be imported as JSON Components or add-on libraries, which can be obtained from many different sources, including the wider Omnis community.

If you are looking for JSON components, you can go to our own repository on GitHub, which includes JavaScript controls & libraries that plug into Omnis Studio (Omnis on GitHub) to enhance the user interface or augment the development environment – components include Omnis-JSCBridge (to run the JS Client in oBrowser), Omnis-ServerlessClient (an offline sample application OmniSnap, showing local database, GPS and camera support, and Omnis-OAuth2 (demo to show OAuth2 standard Omnis library integration).

In addition to the Omnis repos on GitHub, there are many Omnis developers who create different types of components, ranging from simple form or window controls, to full-fledged complex components such as charts and application testing tools.

The following list is by no means the full extent of open source component development happening in the Omnis community, but does give you a flavor of the type of the components available.

Brainy Data (Michael Monschau) – https://github.com/BrainyData – Omnis 7 and Studio Components including: JSSignature, allows end users to sign documents in the JavaScript Client; OWriteDocumentManager, that implements a working Document Manager; and OGanttProjectManager, which is a working project manager.

Paul Mulroney (pmulroney) – https://github.com/pmulroney – TCPPing_for_Studio5, an implementation of TCPPing for Studio 5 and Mac OS; ListIntersect_for_Studio5, a library for selecting all lines in the first list, where there is a matching entry in the second list.

Creating your own components

If you want to create your own components for Omnis Studio, have a look at our website – the following provides SDKs for creating C++ components:

And the following tells you about how to create the JSON components: